Burwell Architects original project for Hollybrook converted a 20th century warehouse to provide two floors of office accommodation at the lower levels with six apartments above. A new build side extension provides the entrance and reception to the office accommodation. The site is located on the corner of Queen Elizabeth Street immediately southeast of Tower Bridge and 250 metres from the River Thames.

This new proposal replaces an existing single-storey setback roof level with a new two-level extension to allow the creation of two duplex penthouse units. Access to the new apartments will be from the existing lift and stair core that currently serves the fourth floor. The existing building character is defined by deep floorplans and large window bays as it was built for an open plan use with freestanding columns. The new accommodation will reflect this generous scale with open plan living spaces and large bedrooms. The extension will set back from the edge of the original warehouse building to respect the strong character of the older building fabric and the surrounding area, with a continuous glazed curtainwall facade to three of its sides. Consisting of transparent and opaque panels the system will incorporate opening elements to provide access to the terraces, purge ventilation, and to facilitate window cleaning. The loggia sitting in front of the curtain wall envelope will be constructed from core-ten steel, offering a robust industrial edge to this historic working building. 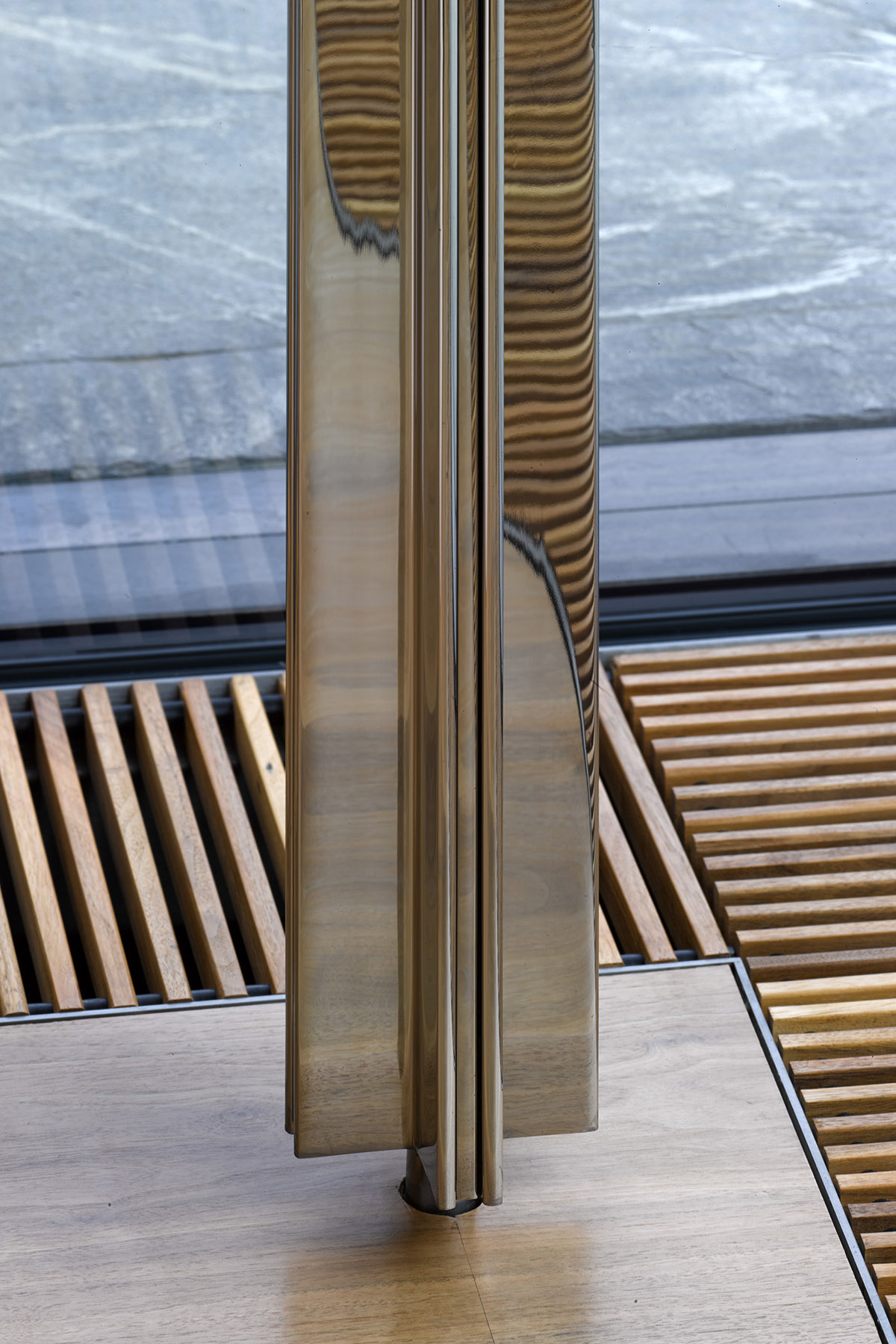