This riverside residential tower development on Odessa Street is now complete and occupied.

The 74-unit development includes two buildings around a shared courtyard and improved Thames River Path. Burwell Architects had developed the planning scheme by Panter Hudspith from RIBA Stage3+ to completion. Contribution was to offer a high-quality specification and detailed design that met the aspirations of the concept proposals. The result is an attractive and successful riverside building that has views across to The City, Canary Wharf and the Isle of Dogs.

The site was originally known as Pier Wharf and was a working commercial dock loading yard as recently as the 1980s. The new development consists of two blocks accommodating 74 new homes, the first of which is six storeys and faces Odessa Street whilst the taller element is twelve storeys facing the river. The Odessa Street block has been built for affordable housing and social rent. The two blocks are separated by an internal courtyard, that allows light to passthrough for the benefit of neighbouring housing. 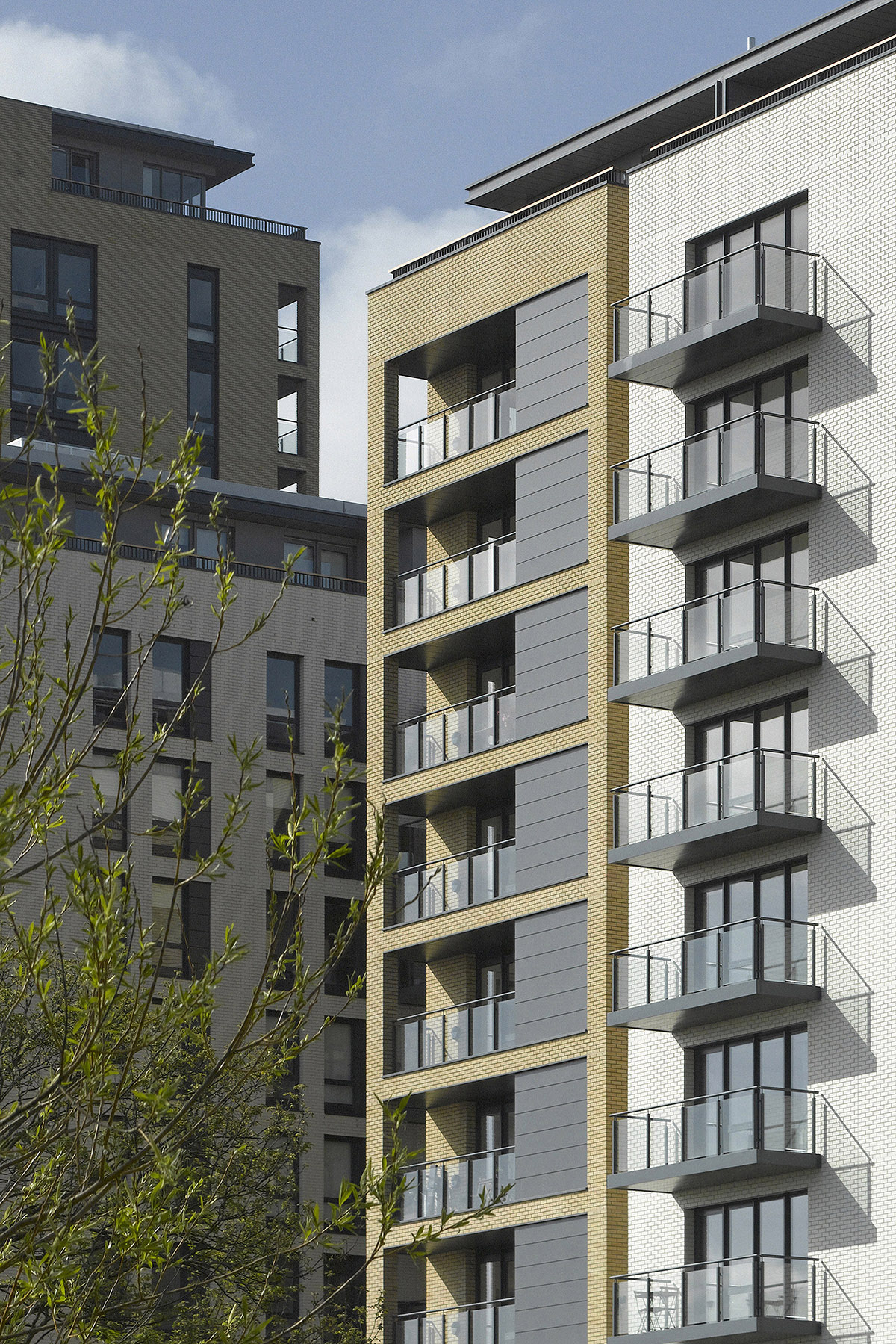