next
50
Oculus and Octagon Gallery, UCL

Positioned at the centre of the Grade I Listed Wilkins Building, the work to the Octagon and Flaxman Galleries is the first major element of the UCL Bloomsbury Masterplan and sets the benchmark for further projects in and around the central Wilkins Building. The focus of this project was the retention of John Flaxman’s sculpture of St Michael Overcoming Satan and the reopening of the closed Oculus.

The design approach was that the new interventions should be as minimal as possible, in keeping with the simplified forms found in the original building. The proposals involved inserting a new structural glass dais to support the retained statue in its original position. The re-opened oculus re-establishes lost vistas between the ground floor Octagon Gallery and the cupola topped first floor Flaxman Gallery above.

The creation of a new exhibition space in the publicly accessible ground floor Octagon Gallery below enlivens this previously redundant space with exhibition cases and interactive displays showcasing treasures from the collections. Four large bespoke display cases incorporate audio-visual and touch-screen technology that was funded by the HEFCE’s Strategic Development Fund. The design of the cases make reference to the Flaxman Gallery panels above; single monolithic units with smaller randomly placed apertures.

A structural steel ring has been inserted to reinstate the previous Oculus and this forms the foundation for the elevation of the glass plinth. The plinth is formed of triple-laminated glass columns and beams, with laminated glass walls upon which the plaster cast statue of St Michael is located. Second-fix steelwork and glass components were prefabricated off-site to reduce time on site and disruption to the central library building. 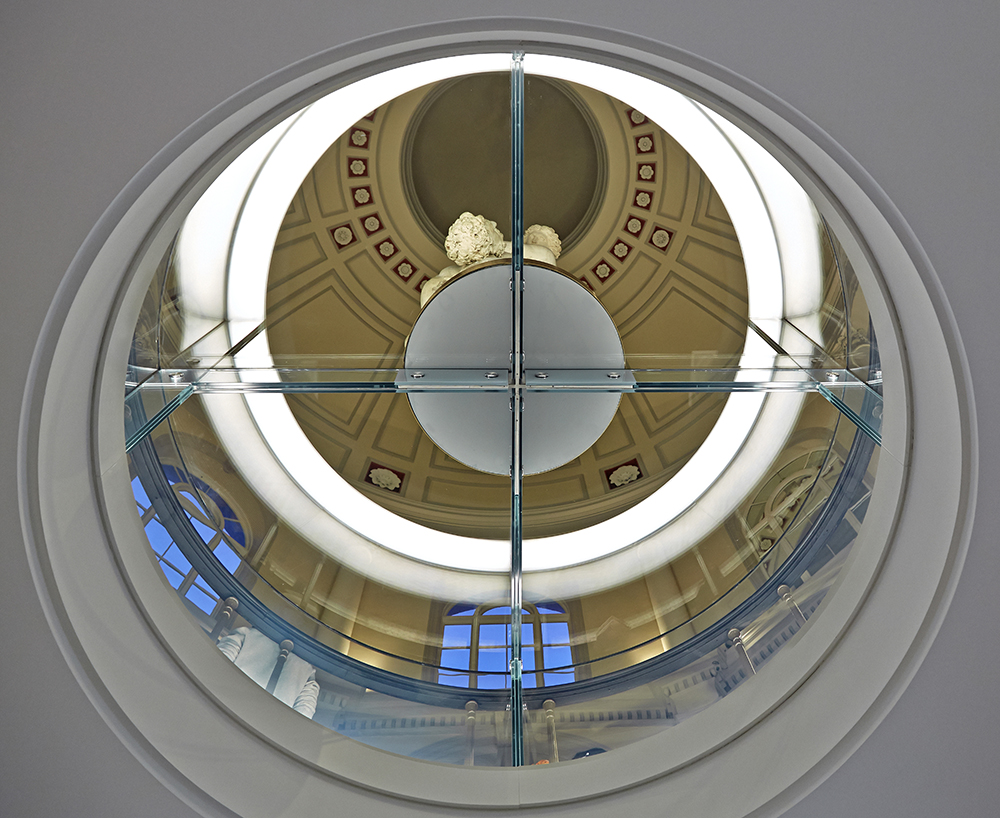 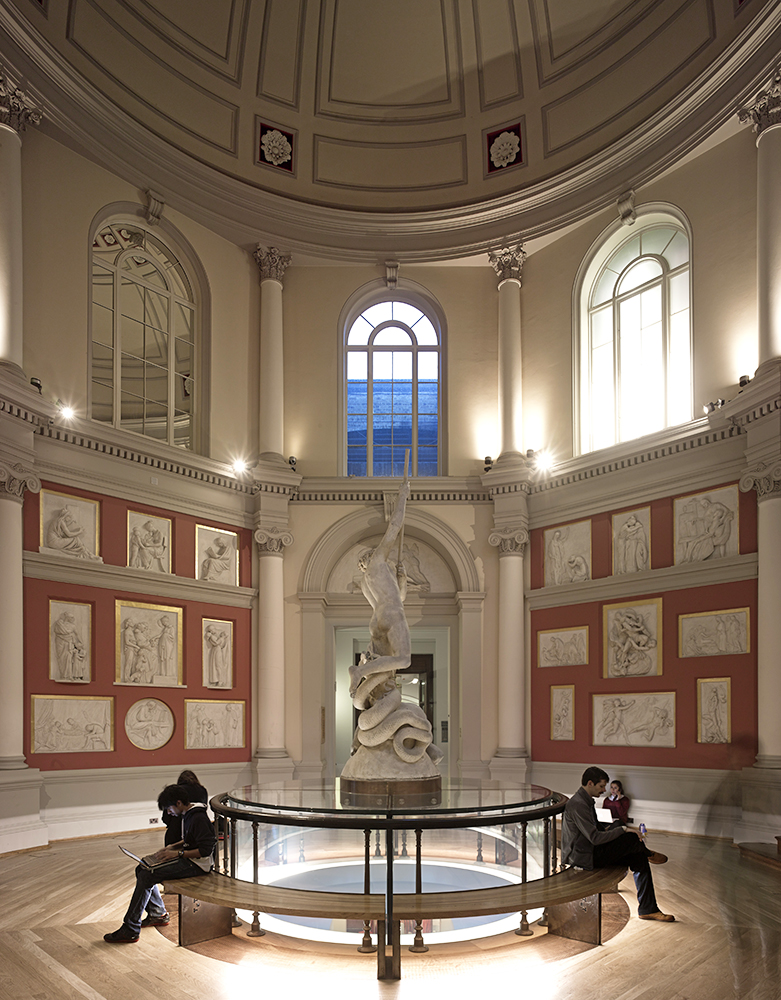 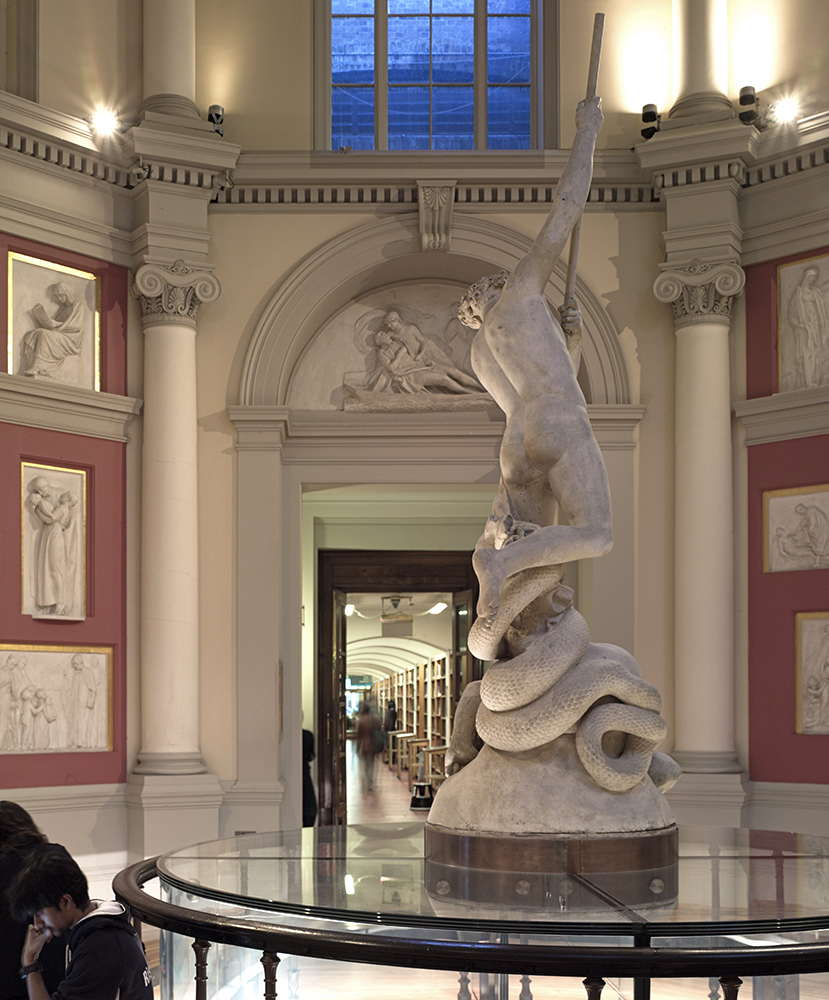 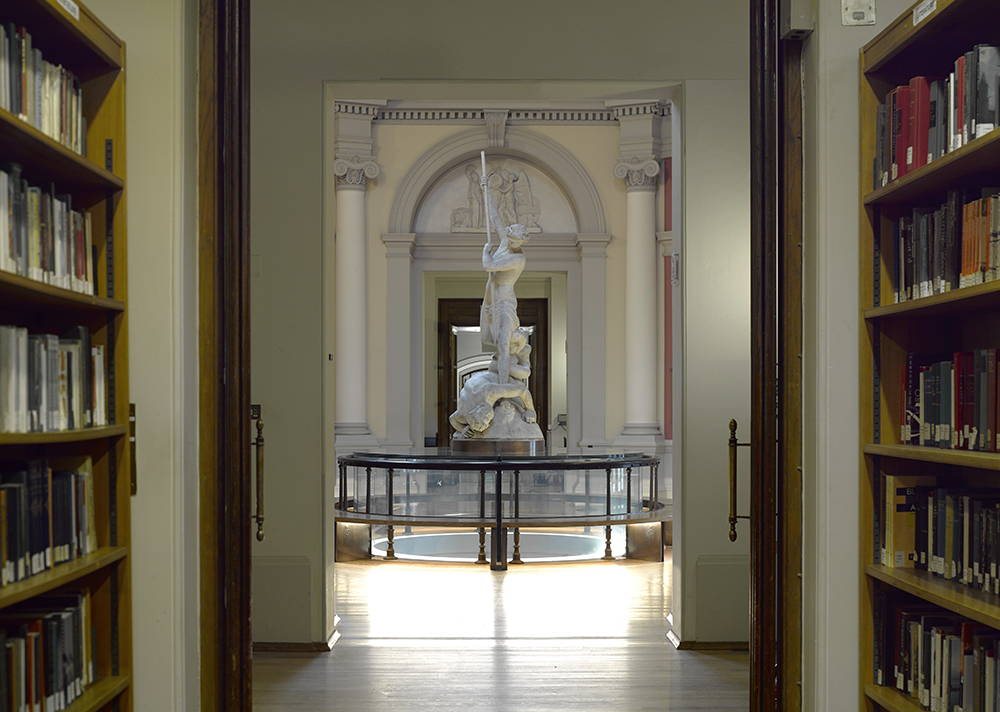 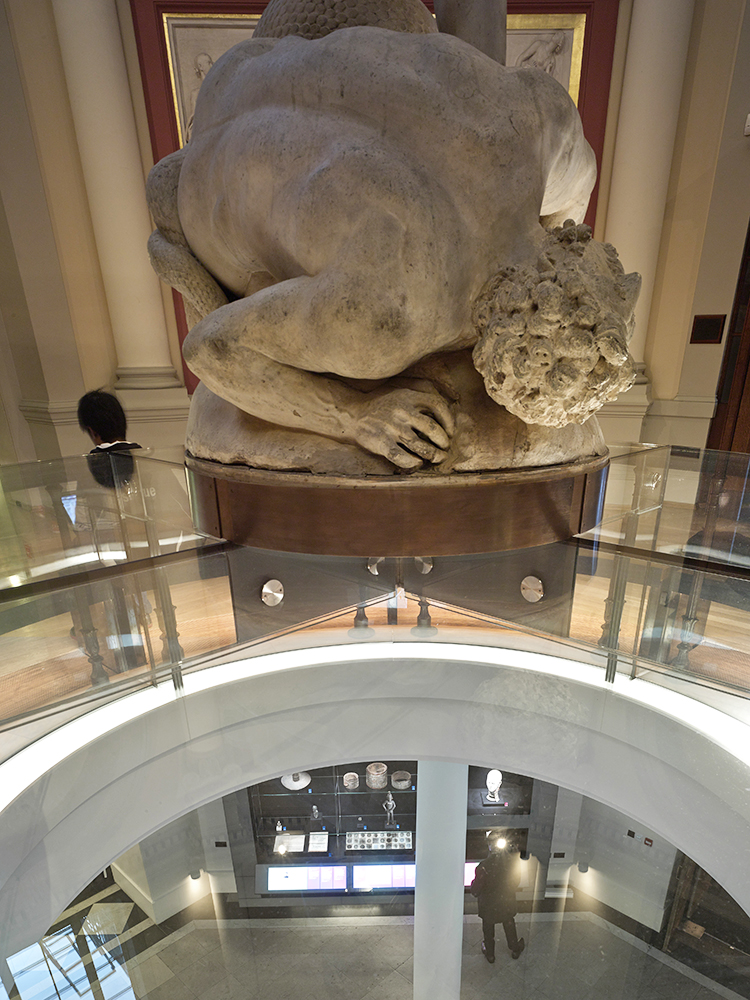 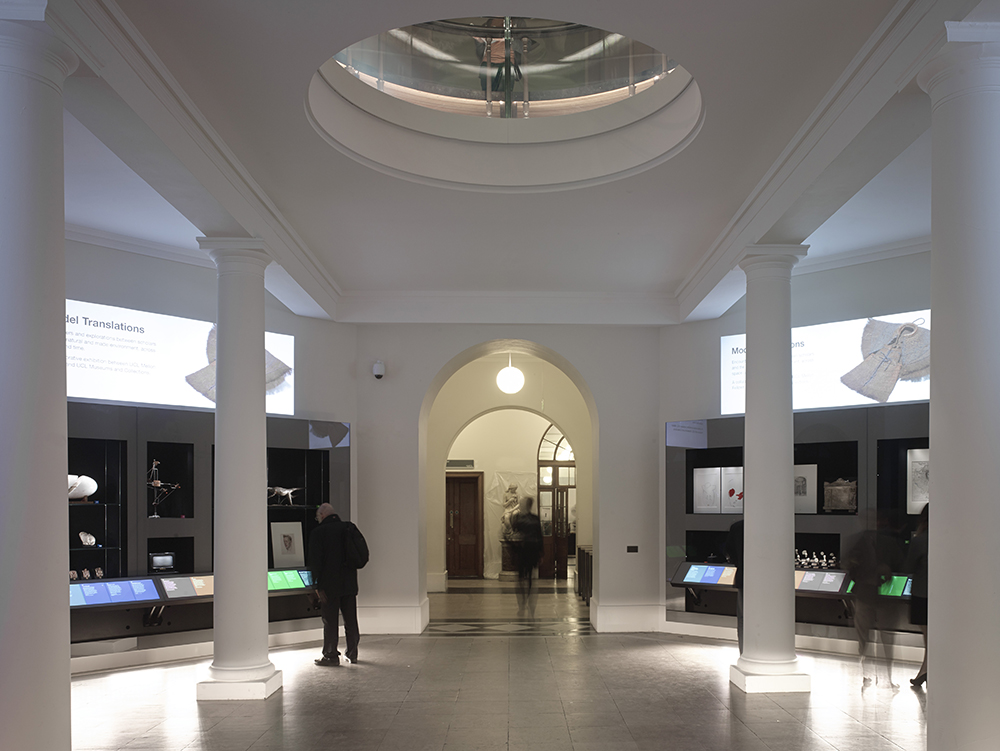 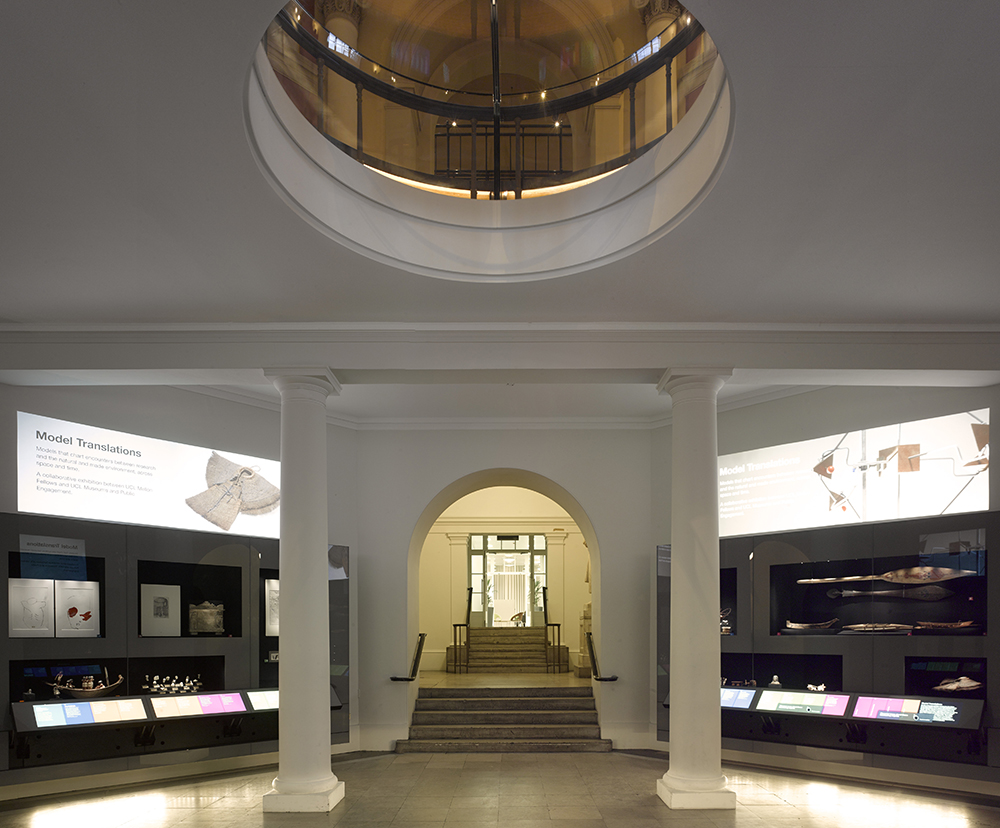 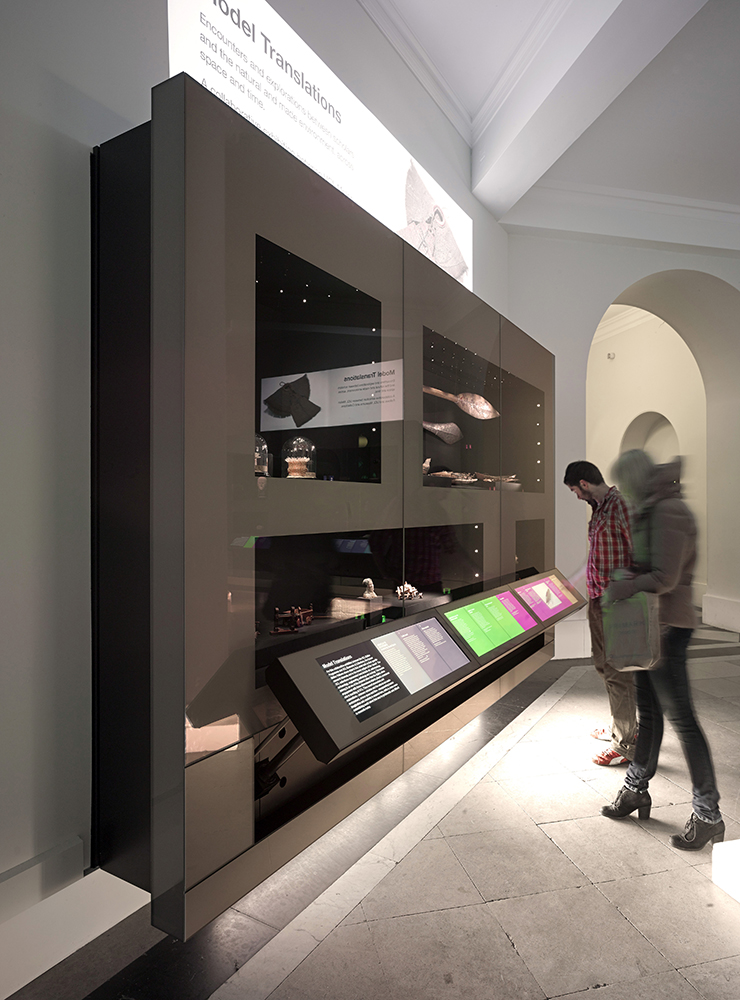 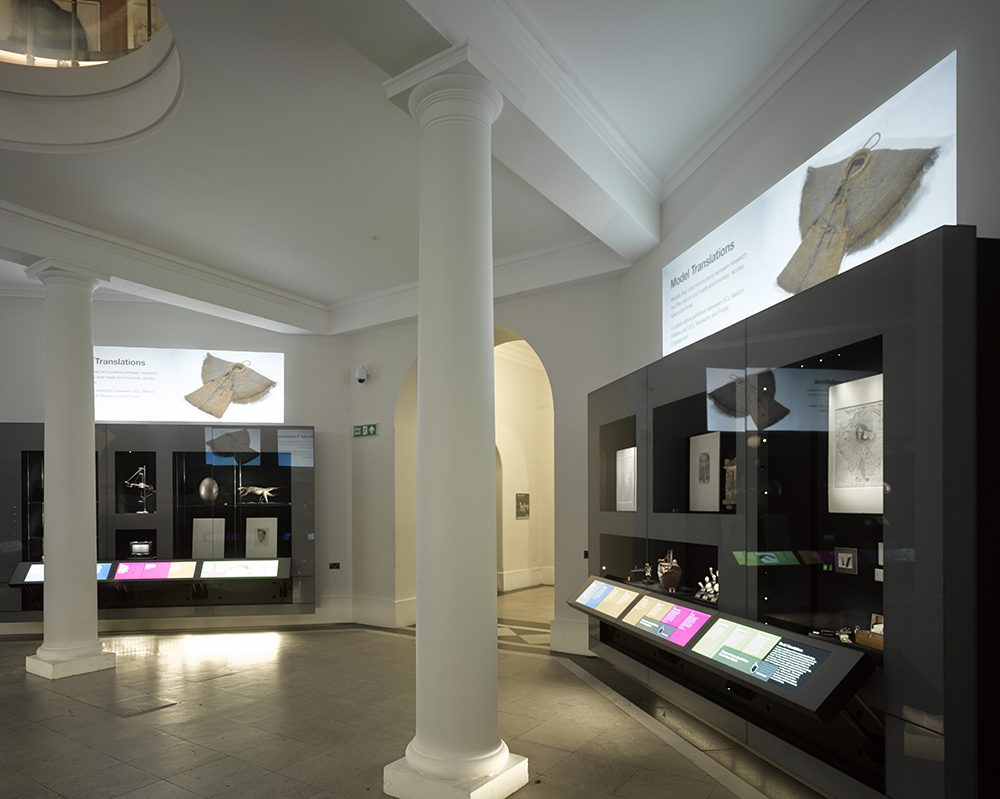 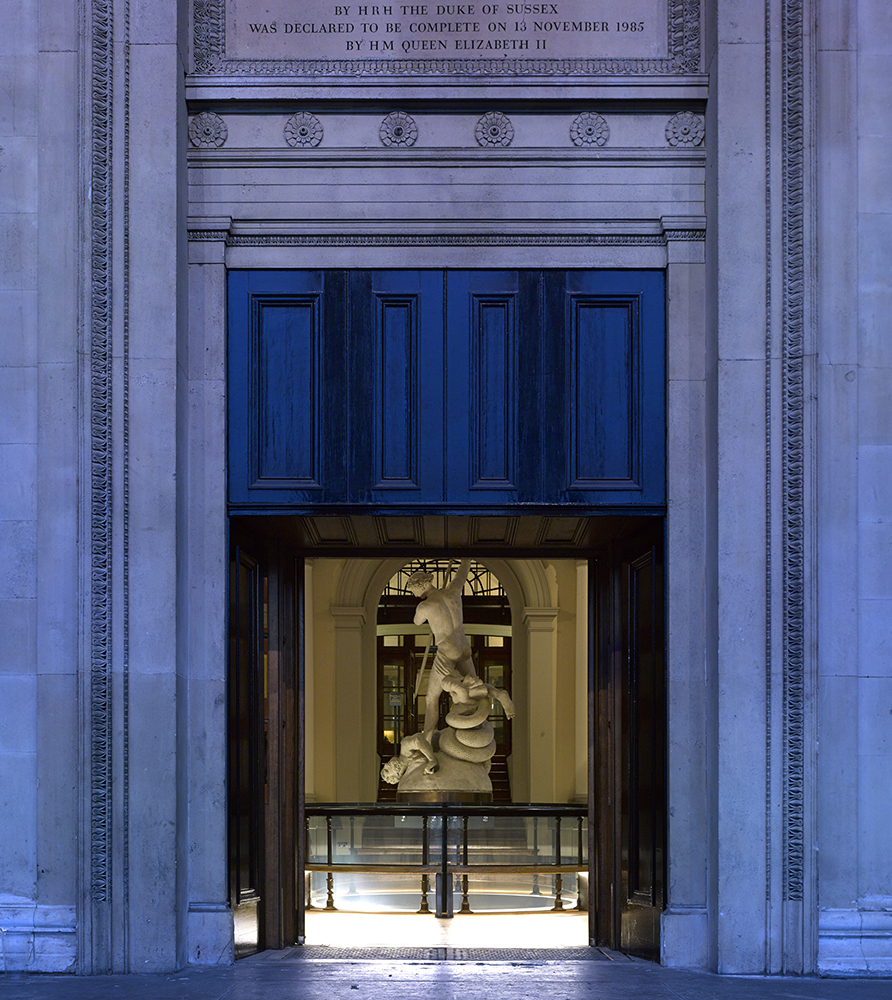 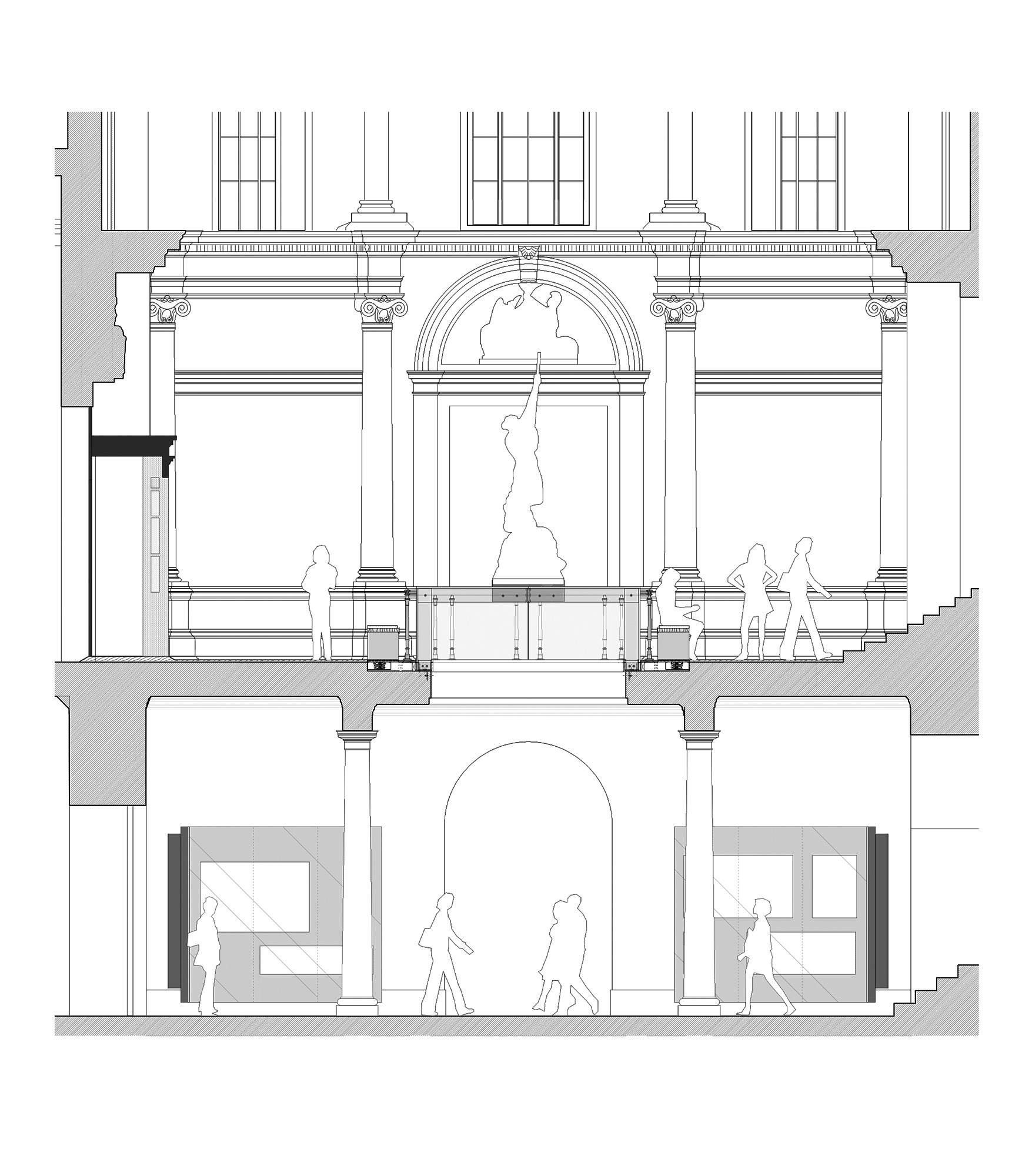 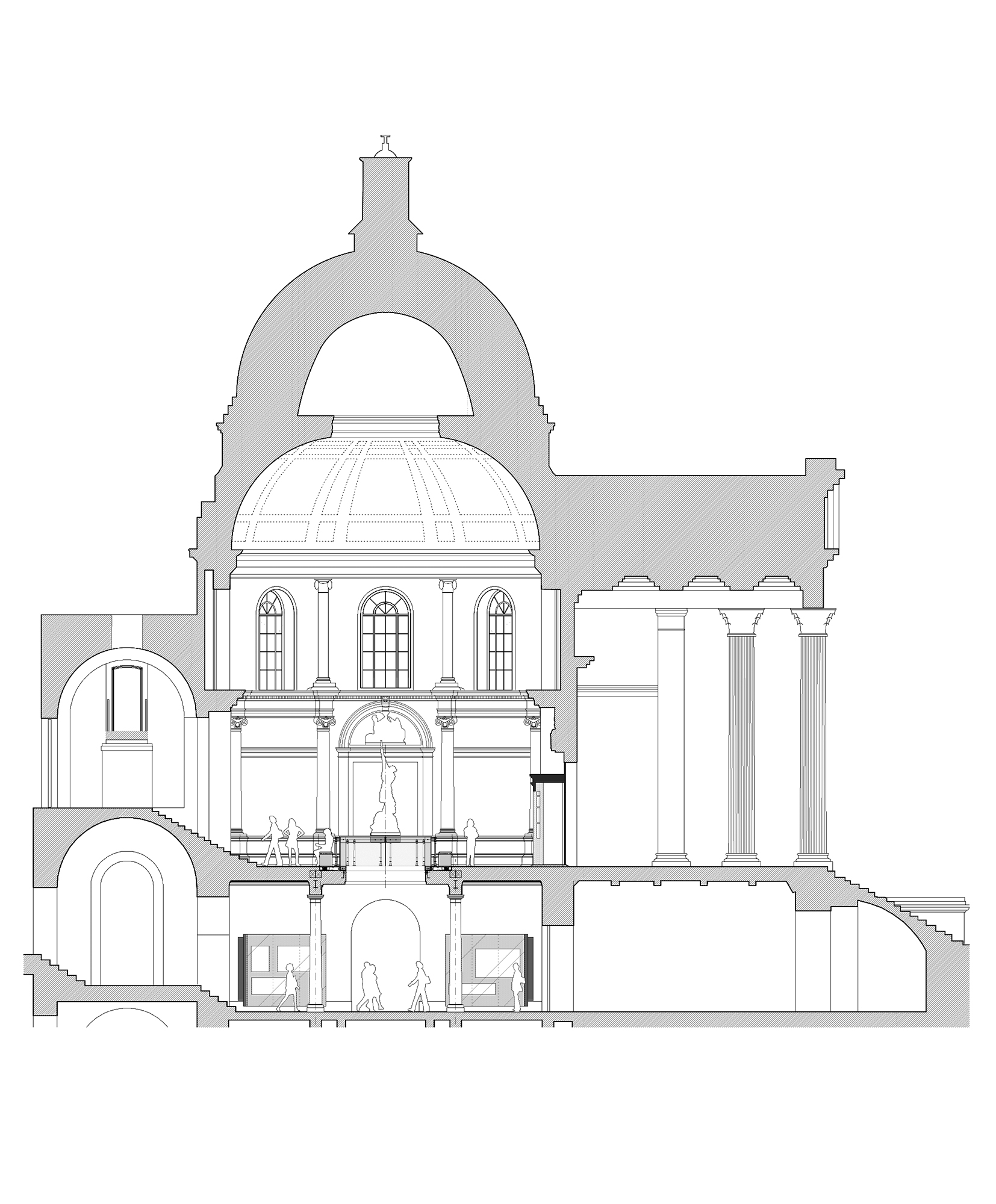 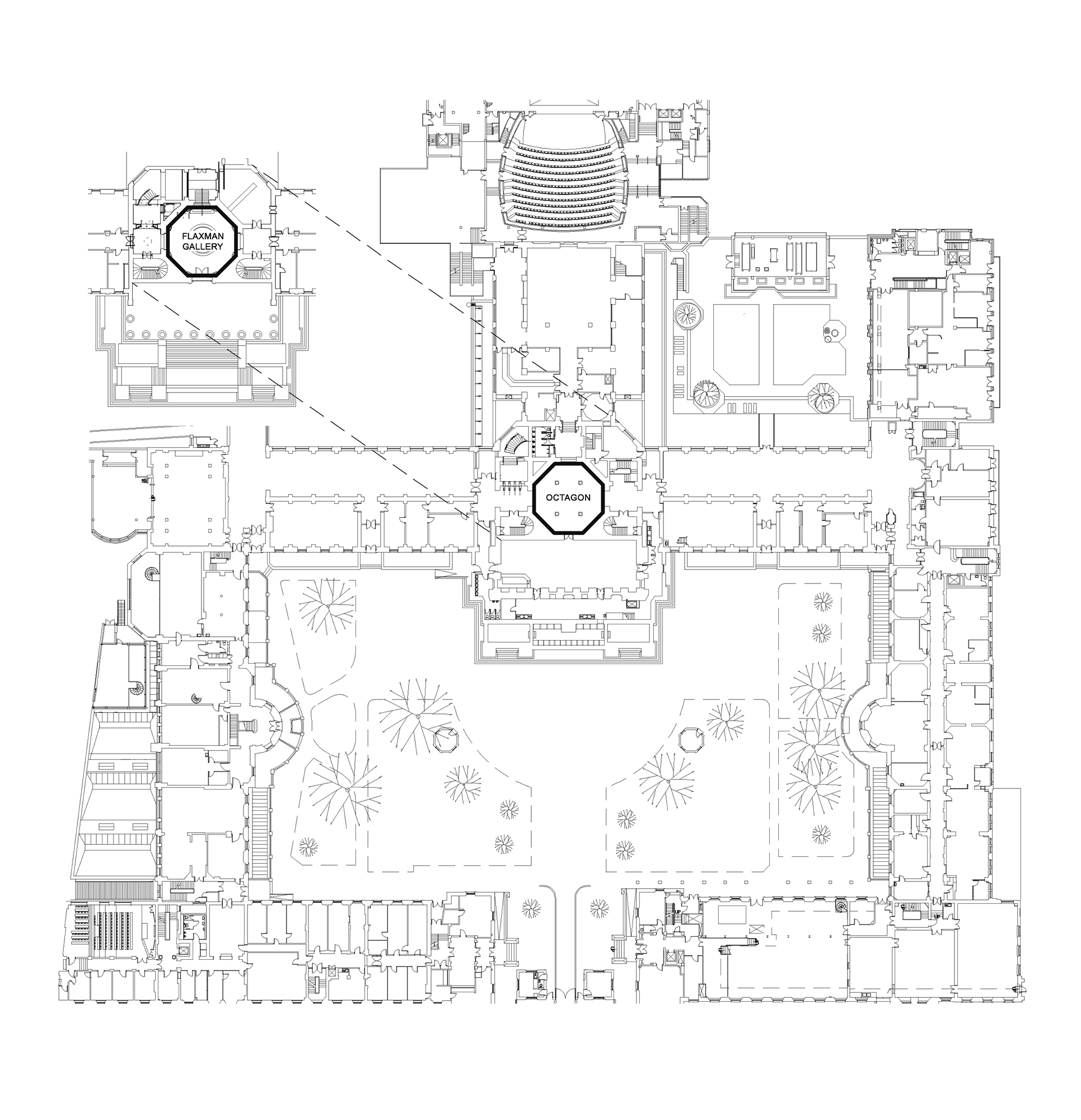 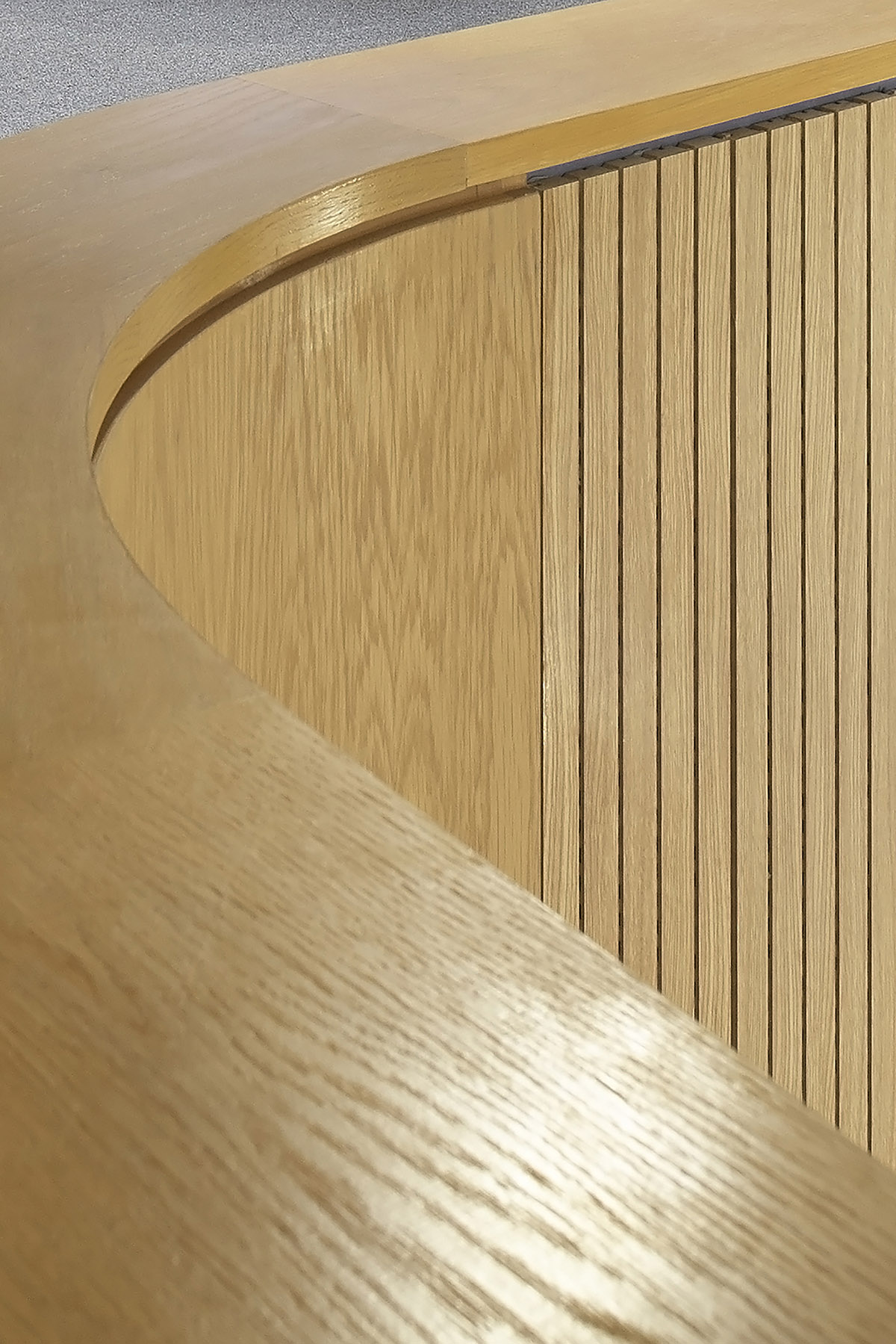