This housing development on Odessa Street offers fantastic views across the Thames to the Isle of Dogs and is positioned within a revitalised riverfront public realm.

The project has been developed on the site that was found in a state of dereliction, a former nightclub building that blocked the Thames River path with unsightly areas of former open space that suffered from graffiti and fly tipping. The proposal, which was developed by Panter Hudspith to planning stages, then detailed and delivered by Burwell Architects, has set the building back from the Thames sufficiently to reconnect this section of the riverside path with public realm designed by BBUK. A further series of new outside amenities for resident’s use have also been introduced, placing the development around a shared central courtyard and within a high-quality context of accessible pedestrian routes and private gardens.

The site was originally known as Pier Wharf and was a working commercial dock loading yard as recently as the 1980s. The new development consists of two blocks accommodating 74 new homes, the first of which is six storeys and faces Odessa Street whilst the taller element is twelve storeys facing the river. The Odessa Street block has been built for affordable housing and social rent. The two blocks are separated by an internal courtyard, that allows light to pass through for the benefit of neighbouring housing.

The overall scale of the building reflects that of other nearby riverside buildings, some of which are large warehouses converted to residential use, while others are new public and private residential developments spanning the last fifty years. As the riverside block rises, it gradually steps back allowing for the creation of upper-level terraces for residential amenity. The form and aspect of the apartments is splayed in plan form to focus views out to the river and avoid overlooking adjacent buildings. The predominantly brick façade of the building references the materiality of riverside warehouses, and the metalwork of the balconies and balustrades is a nod towards the vertical loading bays of traditional wharf buildings. 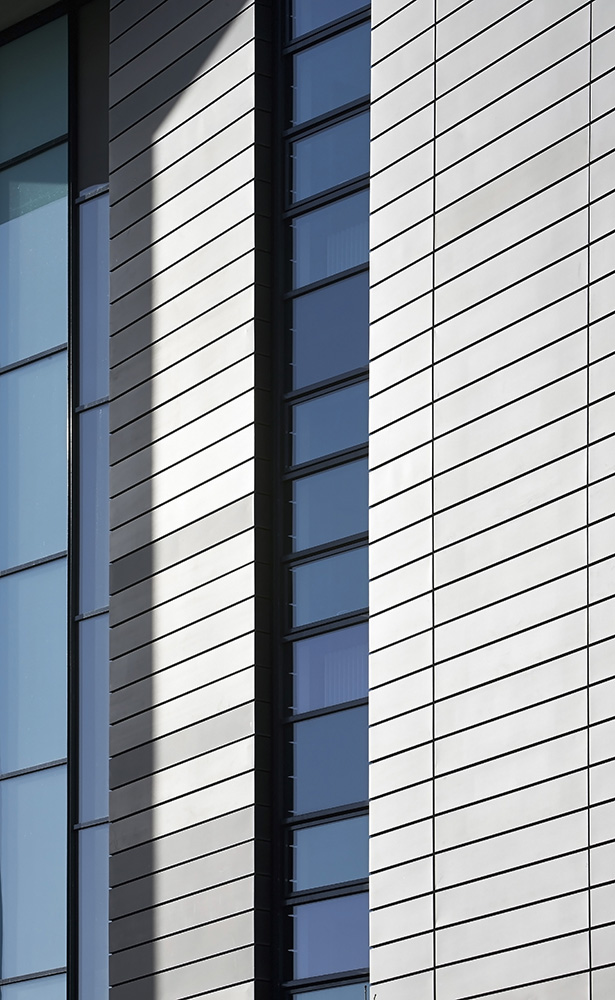